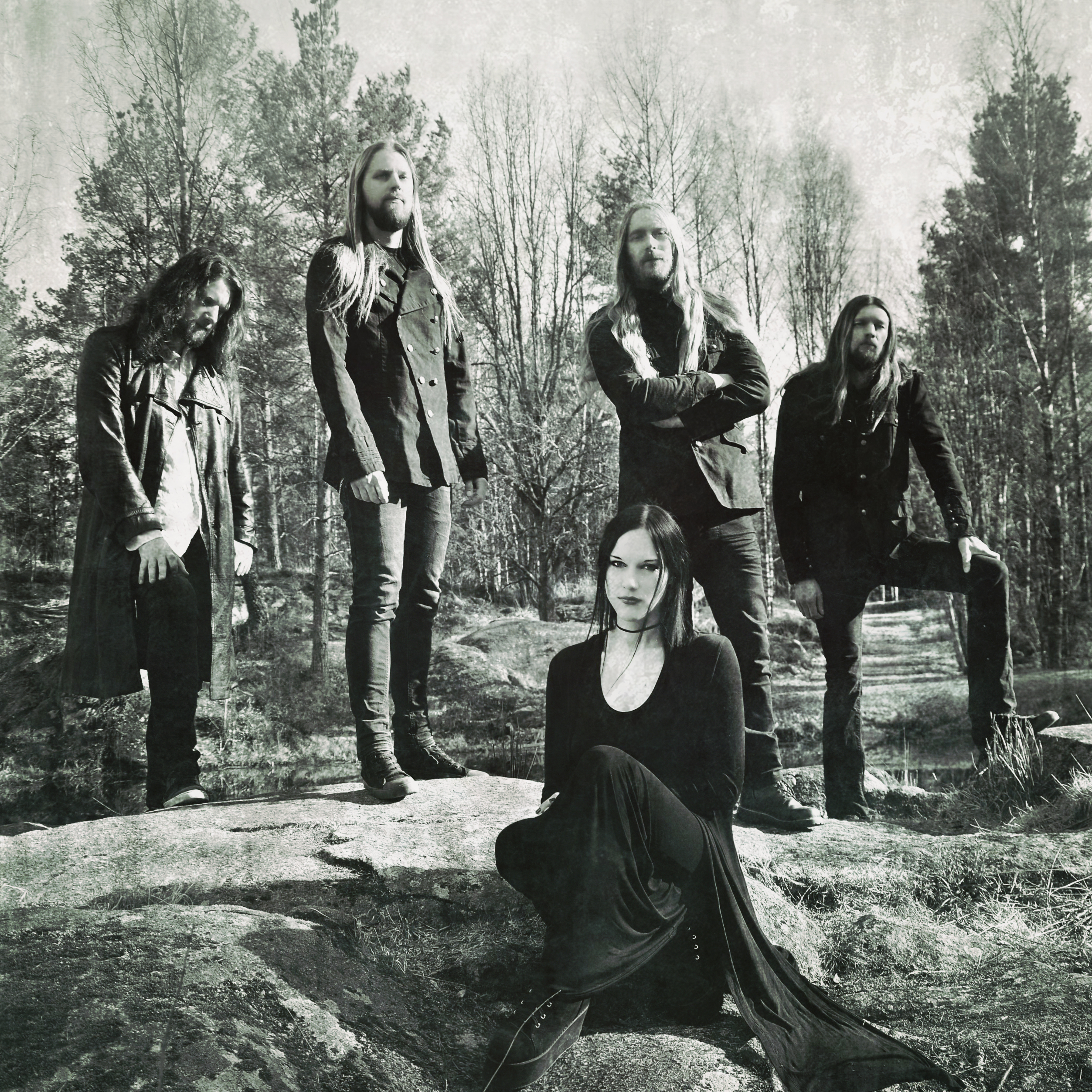 In 2003, DRACONIAN released their debut album and since then, the Swedish Doom/Goth sextet’s sound has always remained steadfast to its origins. In particular, the powerful vocal growls of Anders Jacobsson, one of the band’s defining and most unique features, along with Heike Langhans’s melodic and atmospheric female vocals. The band delivered six studio albums so far, with which they immediately convince the listener with Beauty and the Beast-esque vocal contrasts, striking accents, and threatening moods.

Anno 2020, once again bringing agony to an end, “Under a Godless Veil” is set to be released in October 2020. By far the most diverse album they have created. From traditional Doom to scaled-down, Gothic rock-inspired pieces and more, some will perhaps describe the songs as more refined and meditative. Some ambient elements have been added to the mix without overshadowing the traditional characteristics that are DRACONIAN. Resonating with the compositions, Anders’s lyrical direction is ambiguous and a progression of the first two-three albums, yet more subtle while embracing the Gnostic philosophy more directly. One could say DRACONIAN’s “Under a Godless Veil” is an act of contemplation; About living and dying and remembering who we are in a strange, abrasive world far from home. 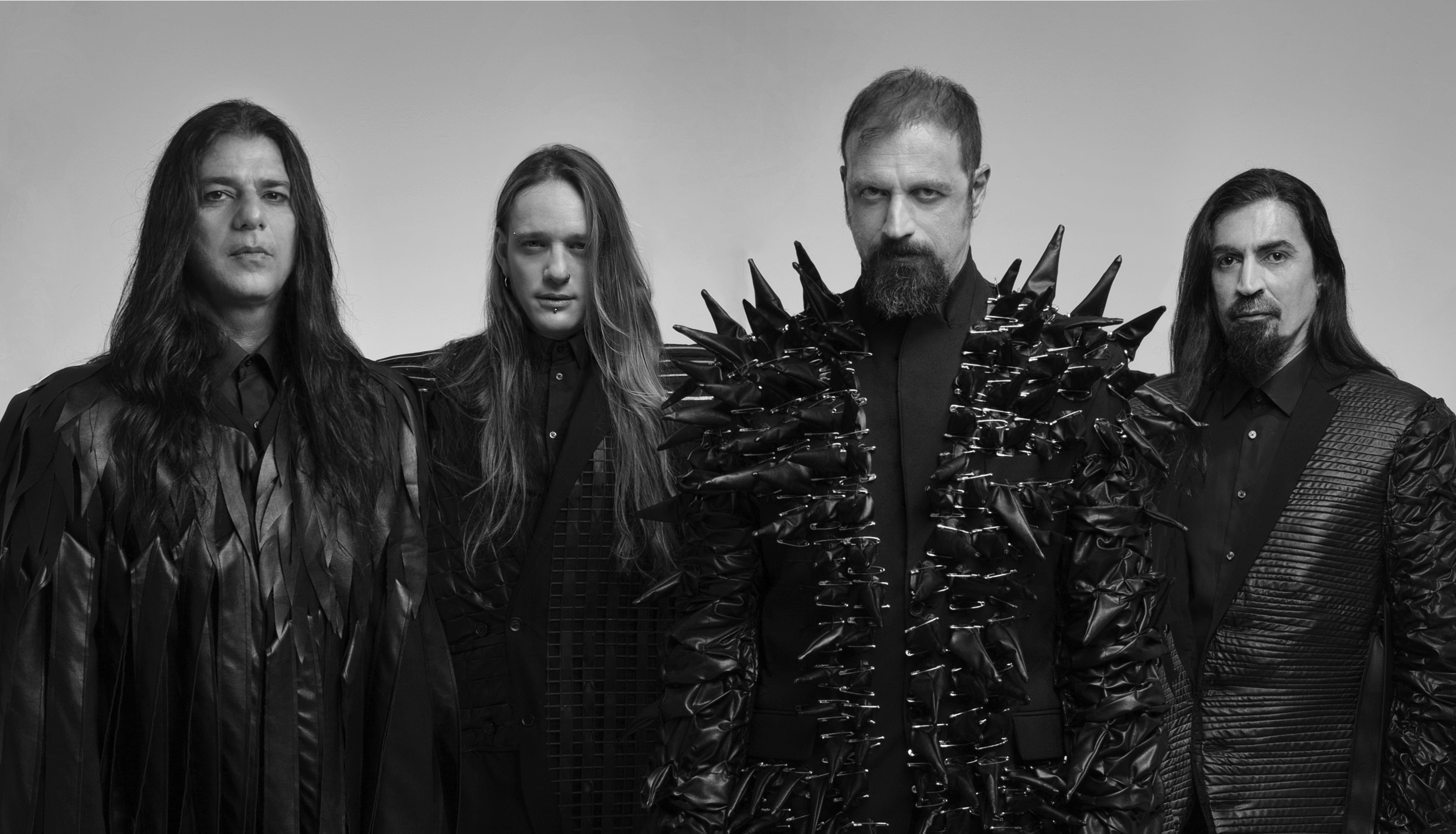 It has been seven long years since the world was last blessed with new music from the melodic blackened death metal stalwarts of NIGHTFALL. While the band has been absent from the scene since the release of 2013’s Cassiopeia, their legacy has not been forgotten. Comprising the holy trinity of Greek metal – alongwith ROTTING CHRIST and SEPTICFLESH – NIGHTFALL was the first extreme act in the country to sign an international deal, introducing the world to the burgeoning Mediterranean scene in the early 90s. Now, the band is plotting a triumphant return.

During the first decade of NIGHTFALL’s lifespan, the band headlined stages across Europe. Thereafter, went on to dominate international festivals such as Brutal Assault, Sonisphere, and Wacken, the latter of which the band solidified their legacy as the first ever Greek band to earn an envied spot at the renowned festival. The band eventually made the decision to switch to a studio act before they went completely silent. When reflecting upon the sudden disappearance after a steady rise from the underground, vocalist and founding member Efthimis Karadimas explained that it was due to an all too familiar beast – depression. “It’s because of depression that kicked in as early as mid-00s. I can write for hours and get into details about stuff gone wrong or mistreated situations, but the basis of all discouragement to move on has been depression and the effort required to get over it.” Despite the dark days, Karadimas did not abandon music entirely, moving on to form THE SLAYERKING, a gothic doom metal band that has released two agonizing full-length records between 2016-2019.

Alas, the abrupt departure of the band was not the final “goodbye” as NIGHTFALL has been reinvigorated with a new lineup and coveted deal with Season of Mist. Karadimas has reunited with original NIGHTFALL guitarist Mike Galiatsos, who helped define the band’s sound during the early years. With the addition of drummer and producer Fotis Benardo (ex-SEPTICFLESH) as well as guitarist Kostas Kyriakopoulos (THE SLAYERKING), the band is finally ready to release the tenth studio album. In addition to the long-awaited new music, Season of Mist will also be re-issuing the band’s original albums that were produced by Holy Records back in the 90s. This is not the only news the band has to share as NIGHTFALL has also vowed to finally perform again. “We are gonna play these live, including stuff never played live before,” says Karadimas